by Nico Boon
In 2002 Nico Boon found an album of photographs at a jumble sale. A woman covers her murdered children. A North Korean soldier holds the hacked-off head of an enemy soldier high in the air. These unforgettable pictures were taken by war photographer Margaret Bourke-White and in “Comes On / Goes Off”, along with the photographer’s life story, they are at the centre of a collage in which parallel lives come together and find a place for themselves, from Che Guevara to the author himself. All stories tell us something about mortality, human lives and the beginning or ending of stories.

Nico Boon (*1978) is a writer, theatre producer, actor and thinker in productions created by himself or by others. His script “Comes On / Goes Off” was nominated for the Playwright’s Prize 2019. 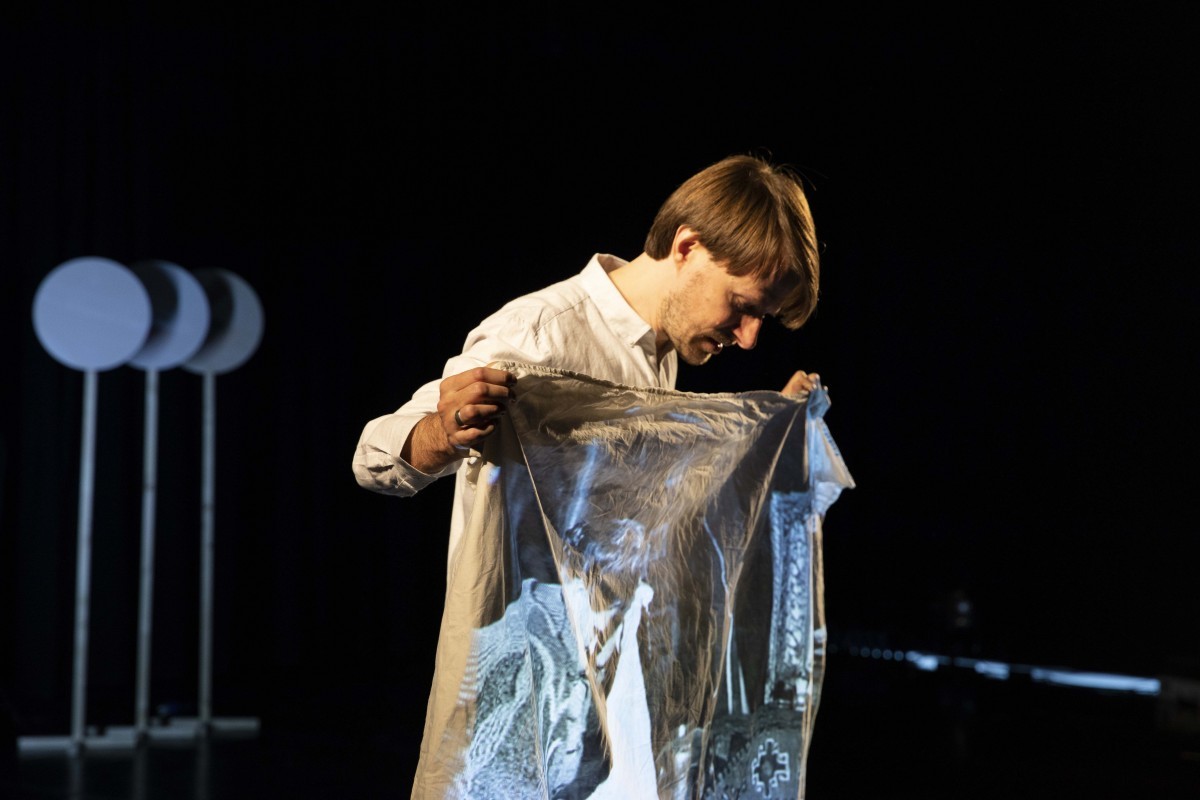