by Christian Winkler
Would you like to earn a little extra money in only a few minutes? Then this derelict warehouse, the location of a small, temporary business, is just the place for you. At this training facility for the “White Van Speaker Scam”, you will become experts on a business model where small-time criminals approach their potential victims with as much integrity and trustworthiness as possible – all just to get rid of a loudspeaker in the end … Based on a city research, this “gangster performance” looks at clichés about those who society sees as “the others”, rather than as “we”.

Christian Winkler (*1981) has received several awards for his texts. He frequently develops plays together with director Franz von Strolchen. In their work, the documentary and the fictitious can often no longer be told apart. 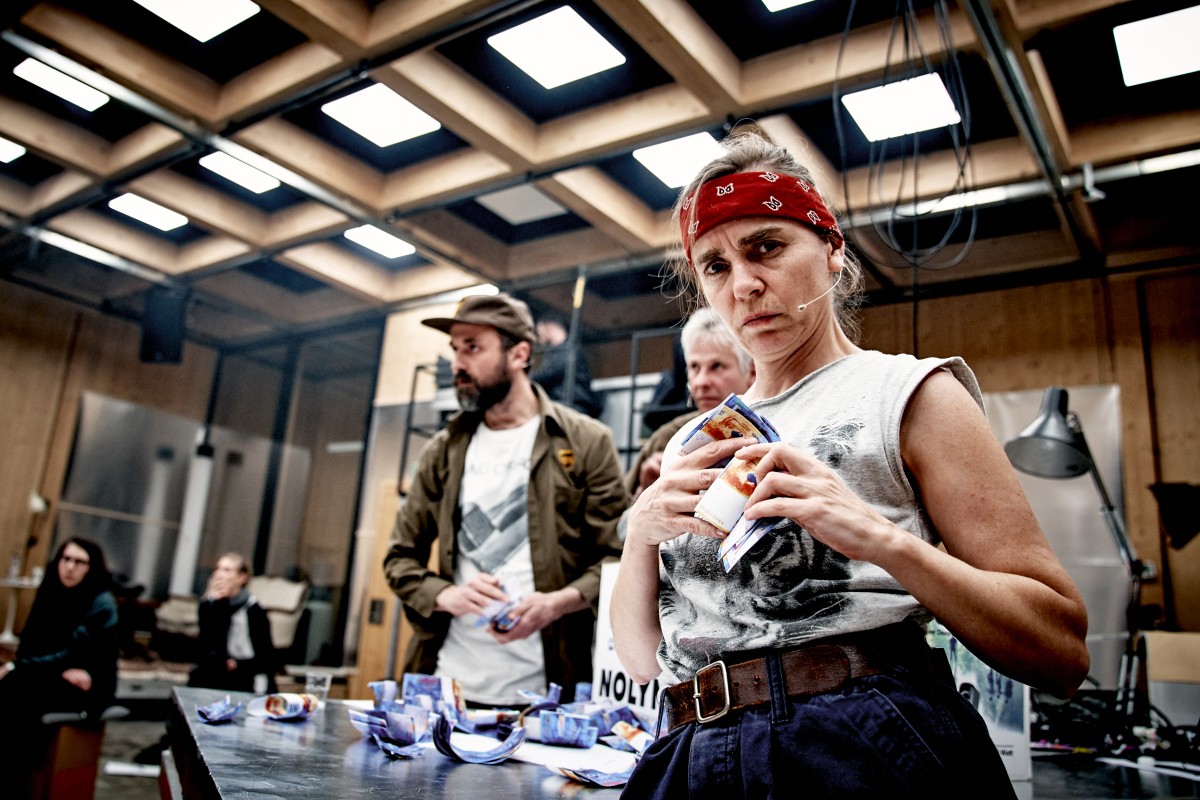