The expression “Uncanny Valley” describes the gap in acceptance of robots that occurs between a reasonable similarity to humans and approximate perfection. An animatronic double of writer Thomas Melle was created that performs in the place of the author, who is not physically present. What happens when a human being is copied? Can the original get closer to himself through his electronic double? Does the robot become a performer whose facial expressions, gestures and speech might even arouse empathy – but empathy with whom? With Thomas Melle himself or with the robot instead? 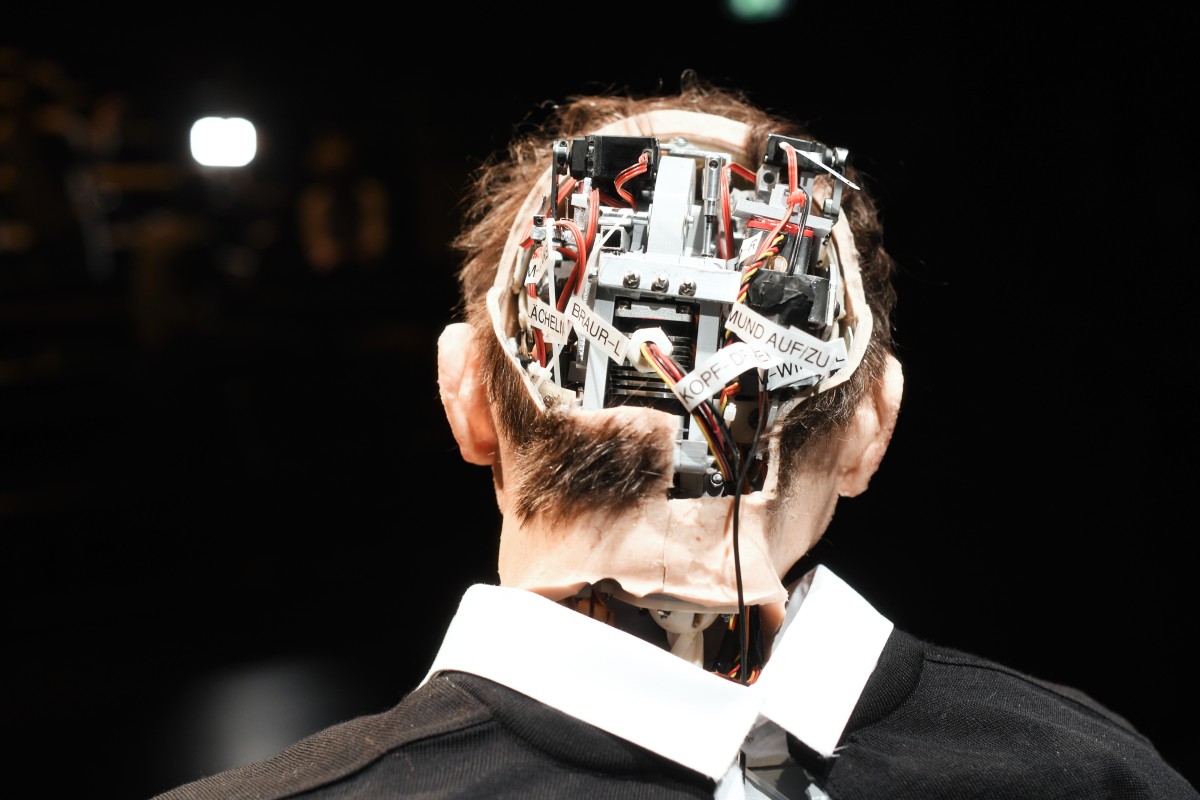